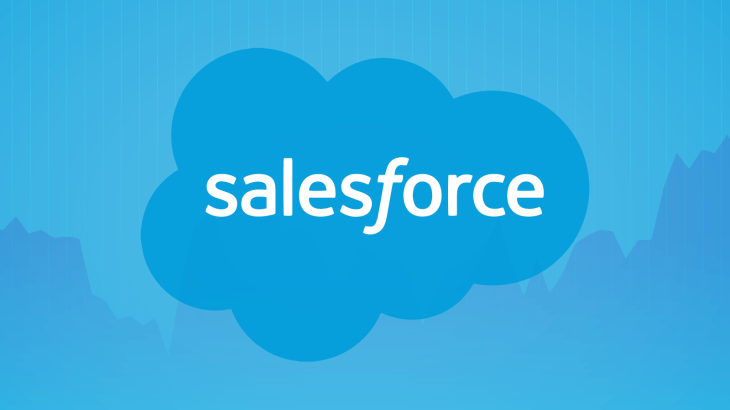 Salesforce, the CRM software service, has been a popular destination for companies and salespeople since it was founded in 1998. Under CEO Marc Benioff, the company has grown to be a publicly-listed behemoth with a reported $17.1 billion revenue in 2020.

Did you know that Salesforce maintains a portfolio of highly valuable domains? Alongside thousands of defensive registration are some incredible names, despite selling IQ.com in 2021. Here’s my pick of Salesforce’s top 10 domains that they own in 2020.

Despite not owning Sales.com, Salesforce does own Force.com. Registered in 1991, Force.com has been under Salesforce’s ownership since at least 2009 (DomainIQ’s earliest WHOIS listing for this name). The name currently redirects to a Salesforce careers page.

One of the best names on the Internet, in my opinion, is Code.com. This domain looks to have been acquired by Salesforce in 2012 after the name moved from Network Solutions to corporate registrar Safenames under WHOIS privacy protection.

Later, Salesforce was revealed as the owner on the WHOIS database. Code.com redirects to Salesforce’s homepage.

Another short, four-letter word .COM owned by Salesforce is Site.com. This one was again likely acquired by Salesforce in 2012, with the name moving under WHOIS privacy protection to Safenames in that year. Again, years later, Salesforce was officially revealed as the owner via the WHOIS database. Site.com redirects to a Salesforce page describing the Salesforce platform.

Salesforce likely spent a significant amount of money to acquire Social.com. In June 2011, it was revealed that Social.com sold for $2.6 million after a Moniker live auction. The name moved from Moniker to Network Solutions and back again in 2011 before moving to Safenames under WHOIS privacy protection in 2012. Are you sensing a pattern here?

Salesforce was revealed as the owner on the WHOIS database several years later. It’s not confirmed whether Salesforce paid $2.6 million for this name, but it was almost certainly a seven-figure sale. Social.com redirects to a Salesforce page about their Advertising Studio product.

Salesforce acquired this name after purchasing a Californian company called Jigsaw in 2010. Despite being a world-class domain, Jigsaw.com was somewhat left behind after Salesforce’s acquisition. Today, Jigsaw.com doesn’t even resolve to a web page.

Another four-letter, ultra-premium .COM owned by Salesforce is Desk.com. This name was likely acquired by the company in 2011 but emerged as the registrant in early 2012. The domain was acquired from Reflex Publishing Inc and is now forwarding to an internal Salesforce page promoting a helpdesk product.

Continuing with the four-letter, ultra-premium .COM name theme is Work.com. As with most Salesforce names, Work.com is redirecting to an internal Salesforce product page branded as the Work.com “solution to meet new workplace challenges.” This name was acquired in 2012 around the same time as several other names including Desk.com and Site.com.

The final four-letter, ultra-premium .COM name on the list is Data.com. This name was acquired for $4.5 million, alongside what’s described as a “portfolio” of other names in 2011. Any other names that sold alongside Data.com would likely have been negligible, signifying that $4.5 million was essentially the price paid for Data.com. The company also owns Database.com.

Rounding out a phenomenal top 10 is Sequence.com. This is one of Salesforce’s most recent acquisitions that occurred thanks to the company’s acquisition of Sequence LLC, a company that concentrates on UI/UX design.