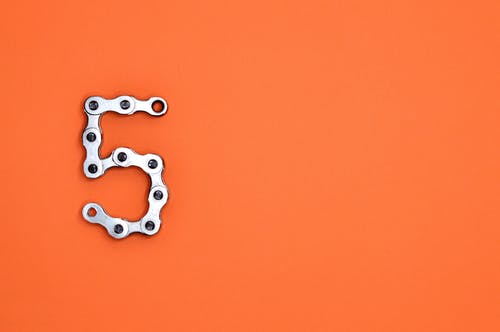 Last year, I profiled unicorn companies that had upgraded their domain names, and when those acquisitions occurred. One of those articles received a comment from Jack asking for an article looking at unicorn companies, a category of companies valued at $1 billion or more, that are yet to upgrade to their best, exact-match .COM.

Here are five picks for companies that are due an upgrade, but haven’t done so for a variety of reasons.

If you’ve ever seen someone riding around a popular city on a scooter, there’s a chance that was a Bird scooter. Founded in 2017, Bird describes themselves as a vehicle sharing platform, and they’ve attracted a lot of funding.

According to Crunchbase, Bird has raised $620 million with a $275 million Series D funding round in October 2019 valuing the company at $2.5 billion.

Bird owns and operates Bird.co, and while owning the exact-match .COM for a vehicle sharing platform might not be the highest priority, getting to a $2.5 billion valuation without owning Bird.com is opening the brand up to potential confusion and brand dilution should another company opt to acquire Bird.com.

The aforementioned Bird.com is owned and operated by TABcom LLC. It’s a part of the company’s network of e-commerce sites that includes Dog.com, Fish.com, and Garden.com. However, the name is listed for sale at brokerage company Guta, so it’s likely to be available to acquire for the right price.

Health insurance company Oscar was founded in 2012 and has proved to be a hit among investors and customers alike. In total, Oscar has raised $1.5 billion in funding, and now the company is reportedly weighing up options for an IPO this year.

Despite this, Oscar lags behind fellow health insurance providers such as Alan (alan.com) and Decent (decent.com) in the domain name department. Oscar operates on HiOscar.com.

The brand is certainly due an upgrade. It may be hard to acquire Oscar.com, but I don’t think it’s impossible. Oscar.com is redirecting to the official website for The Oscars, but perhaps a large enough sum of money would pry Oscar.com from the hands of the Academy Awards.

Product experience platform Pendo was founded in 2013 and its intuitive product is now used by the likes of Cisco, Zendesk, and Marketo.

Pendo exists on the domain Pendo.io, and Crunchbase lists Pendo’s legal name as Pendo.io Inc. The company has a strong attachment to the Pendo.io domain name, but they have never acquired Pendo.com – even as a brand protection measure.

Pendo.com is owned by a surfboard maker in California, which looks to be a pretty small business operation. With Pendo securing a $1 billion valuation after a $100 million funding round in 2019, you may be forgiven for thinking that the acquisition of Pendo.com may be a serious consideration.

Ola is a mobility platform and ride-hailing company based in India. It operates in a similar manner to the core businesses of Uber or Grab, who use the exact-match Uber.com and Grab.com respectively.

Founded in 2010, Ola has secured $3.8 billion in funding with companies such as Kia Motors, Hyundai, and SoftBank contributing to that mammoth total.

Unlike Uber or Grab, Ola does not own its exact-match .COM, Ola.com. That name is owned by a company called Online America. Ola’s main website is located at OlaCabs.com, but confusingly the company uses local domains such as Ola.co.uk for local markets despite not owning the core domain Ola.com.

If, like Uber and Grab, Ola decides to move beyond just offering ride-sharing or hailing services, OlaCabs.com will become obsolete – increasing the need for the Ola.com domain.

Before writing this article, I wasn’t aware of Glovo. Despite raising over $500 million in funding since 2015, their existence has passed me by. With headquarters in Spain, this local delivery service operates on GlovoApp.com.

Yes, Glovo may predominantly be an app-based business, but it needs Glovo.com. Glovo.com is in the hands of someone in China who looks like they’ve owned the domain since 2001. It looks like the owner of Glovo.com regularly receives emails that were destined for Glovo, the delivery company.

In a blog post on October 13th, 2020, the owner of Glovo.com shared one email which, roughly translated, asks Glovo to consider a partnership with their shop. Glovo needs Glovo.com if only to stop confusion and potentially sensitive emails from going awry.

How do see the companies, funding?

It says I need to upgrade to pro to see funding, companies.

I used the data from: https://www.cbinsights.com/research-unicorn-companies