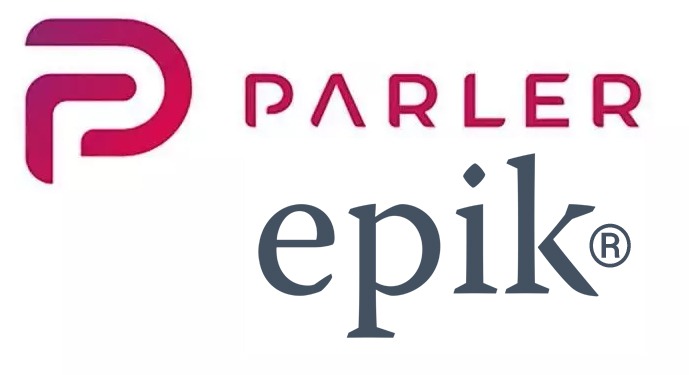 The domain name Parler.com, which was pendingTransfer, has now moved from DreamHost to registrar Epik.

Social network Parler has been making headlines in the last few days. After reported complaints that Parler was used to coordinate the recent storming of the US Capitol building, Apple and Google removed the network’s app from their respective app stores.

Amazon went a stage further, removing Parler from its AWS web hosting service and effectively stopping the social network from operating. Parler has just filed suit against Amazon for discontinuing its hosting service, but the founders of Parler are seemingly also worried about their domain since Parler.com has now moved to registrar Epik.

DreamHost, Parler.com’s previous registrar, was been under fire on social media for continuing to allow offer domain registration services to Parler.com, but now the domain name has been updated with WHOIS showing Epik as the new registrar.

Epik, promoting itself as “The Swiss Bank of Domains,” also hosts Gab.com, the domain name for the “alt-tech social network.”

According to Epik’s CEO Rob Monster, no one at the company had any prior contact with Parler, but the controversial social network may have chosen Epik as it’s new domain name registrar after reading Epik’s recent letter regarding Parler.

Bravo Epik. Best registrar and they refuse to participate in the lies being used to divide the world. I am happy day and moving names to them.